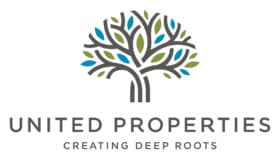 Become a Spotlight  donor and make an impact today!

Triple Threat on Hennepin and The Jimmy Awards Junior and senior students with interest or experience in singing, acting, dancing and leadership are invited to audition for Triple Threat on Hennepin with a submission of required materials including: headshot, resume, video audition and personal essay. Director references will be requested. Select students will be invited to the live audition where a panel of theater professionals will determine 24 Triple Threat students, who will participate in an intensive coaching, rehearsal and performance process for Spotlight Showcase in downtown Minneapolis. The 24 triple threats have the option to be considered for the Triple Threat New York Experience OR to become a Minnesota nominee for the National High School Musical Theatre Awards™ (The Jimmy Awards®).

Spotlight Education is proud to participate in the National High School Musical Theatre Awards™ (NHSMTA) program. Triple Threat students are eligible to be one of two participants sent to New York City for nationals. Find qualifying roles at JimmyAwards.com. The all-expenses paid, week-long experience includes rehearsals, master classes, private coaching and interviews with theater professionals leading up to the live awards show, where the Jimmy Award for Best Performance by an Actor and Best Performance by an Actress are presented.

The National High School Musical Theatre Awards (The Jimmy Awards) are a national celebration of outstanding student achievement, recognizing individual artistry in vocal, dance and acting performance and elevating the importance of theater arts education in schools. The Jimmy Awards are presented by The Broadway League Foundation. Minnesota Jimmy Award Nominees are sponsored by United Properties.

The submission period for Triple Threat on Hennepin for Spotlight Showcase 2022 has closed.

In-person again for the first time in three years!

The Broadway League is pleased to announce that the 13th annual Jimmy Awards® will take place on Monday, June 27, 2022 at 7:30 p.m. at Broadway’s Minskoff Theatre, 200 West 45th Street in Manhattan. The ceremony will feature nominees from over 40 regions around the US.

“After taking a year off and then having a virtual presentation during the pandemic, we are thrilled to be back live at the Minskoff Theatre on Broadway. Once again, we’re inviting some of the most talented teens in the country to New York and giving them the opportunity to realize their Broadway dreams and earn significant scholarships,” said Charlotte St. Martin, President of the Broadway League. “Over the past few years an increasing number of Jimmy Awards alumni have gone on to star in hit Broadway shows and Touring Productions proving that the Jimmy Awards are really one of the most exciting and inspiring programs for performers and fans alike.”

Student performers qualify for the nationwide program by winning top honors at regional high school musical theatre awards ceremonies which are presented and/or sponsored by Broadway League member performing arts centers. Over 140,000 students at 1,800 high schools in 25 states now participate in these annual events at over 40 regional programs.

Founded in 2009 by Nederlander Alliances LLC, Pittsburgh CLO, and Broadway Education Alliance (BEA), the mission of the National High School Musical Theatre Awards® (NHSMTA®) is to raise the profile of musical theatre in schools, recognize dedicated teachers, and inspire the next generation of performers and enthusiasts. Since the inception of the program, participating students have earned over $5,000,000 in university and conservatory scholarships. Numerous student participants have already been cast in Broadway, Touring and West End productions.

The Jimmy Awards are presented by the Broadway League Foundation in honor of legendary Broadway producer/theatre owner James M. Nederlander and are supported by many leading theatre industry organizations. More information about the National High School Musical Theatre Awards program can be found at JimmyAwards.com. Follow the Jimmy Awards on Facebook, Instagram, Twitter & YouTube!

The Broadway League conducts the program through The Broadway League Foundation, which acts as its philanthropic arm. Part of the Foundation’s mission is to enlighten and increase the public’s knowledge, appreciation and awareness of the theatrical arts, and since its founding in 1993, has supported several projects to help preserve Broadway’s heritage and expose new audiences to Broadway theatre. The Foundation is a corporation organized under the Not-for-Profit Corporation Law of the State of New York, the purposes of which are exclusively charitable as defined in Section 501(c)(3) of the Internal Revenue Code of 1986. Donations to support the program can be made at JimmyAwards.com.

What does Spotlight Education look for in a Triple Threat?